Artist Paul Slater (aka Fabric Lenny) contacted me to ask if I could turn two of his gargoyle drawings into relief carvings for the upcoming Holmfirth Arts Festival. Described as  “an eclectic trail of Gargoyle and Totem imagery”, the challenge for me was reproducing Paul’s unique doodle-style drawings in a satisfactory way. 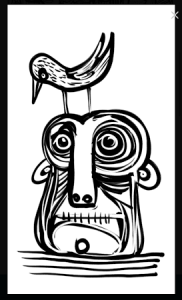 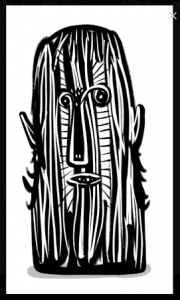 With the drawings being created using computer elec-trickery which goes right over my head and makes me dizzy, there is no shading as such and some lines cut through others in a kind of wood-cut style; I felt it would be sensible to keep the carvings in shallow relief and concentrate on areas like the nose and eyes in suggesting depth.

I had had some oak for some time which would do the job, and once sawn and planed I scaled up the drawings and traced them on. 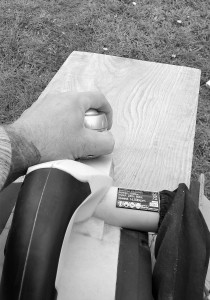 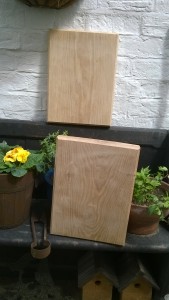 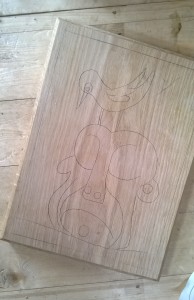 The oak was as hard as concrete, and required constant chisel sharpening. Clearing the waste wood from the background was a bit of a laborious job, and care had to be taken between the bird’s thin legs. 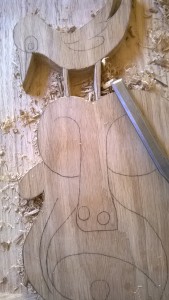 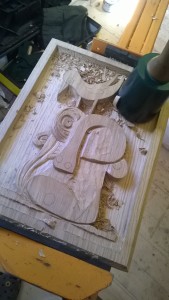 Starting to shape around the nose and eyes (right)

I kept the drawing pinned to the wall for reference, and tried to match the facial lines as much as possible without getting too bogged down in trying to make an exact replica ~ the important thing was creating a good carving. 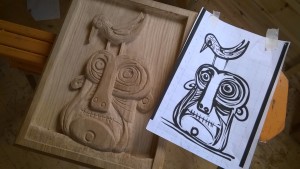 The same process was repeated for the other gargoyle, slightly simpler due to the absence of a bird. 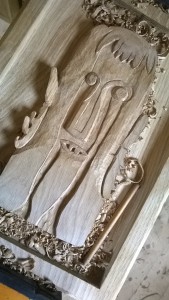 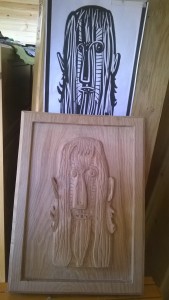 The exhibition “Totems, Tales and Talismans” runs from the 12th – 21st June at Up Country, Huddersfield Road, Holmfirth. 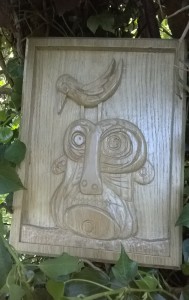 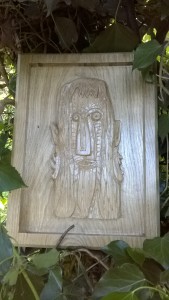